One of the virulent and persistent questions vegans receive is why there are so many mock versions of meat dishes in plant-based cuisine. It seems to almost have replaced the “where do you get your protein from” question. The accusation is that vegans always on some level crave or desire to eat meat because we’re constantly trying to replicate it, but this is a pretty silly and false equivalency. A vegan objects to the source of animal products, not the flavour or the unanimal like shape it happens to be moulded into. And food is about more than simple sustenance, it’s part of our social rituals, our community fabrics and personal histories. We form deep and rich associations with certain dishes that are less about the actual food, or its source, than the rich memories and emotions that swirl around those dishes.

I’ve never had Beef Wellington, and never will, so I don’t have any personal history with it, but after years and years of watching the Food Channel, of seeing this most popular and unvegan of dishes being revered, and heralded as an icon of fine dining, it was impossible to not ache for some kind of vegan equivalency. Fortunately, producing a plant-based version is not as difficult as it seems. Accidentally vegan puff pastry that uses oils for lamination rather than butter is actually easy to find in most frozen food sections. Seitan is an easy swap for beef, and vegan beef-flavoured stocks are now also commonly found in most grocery stores. 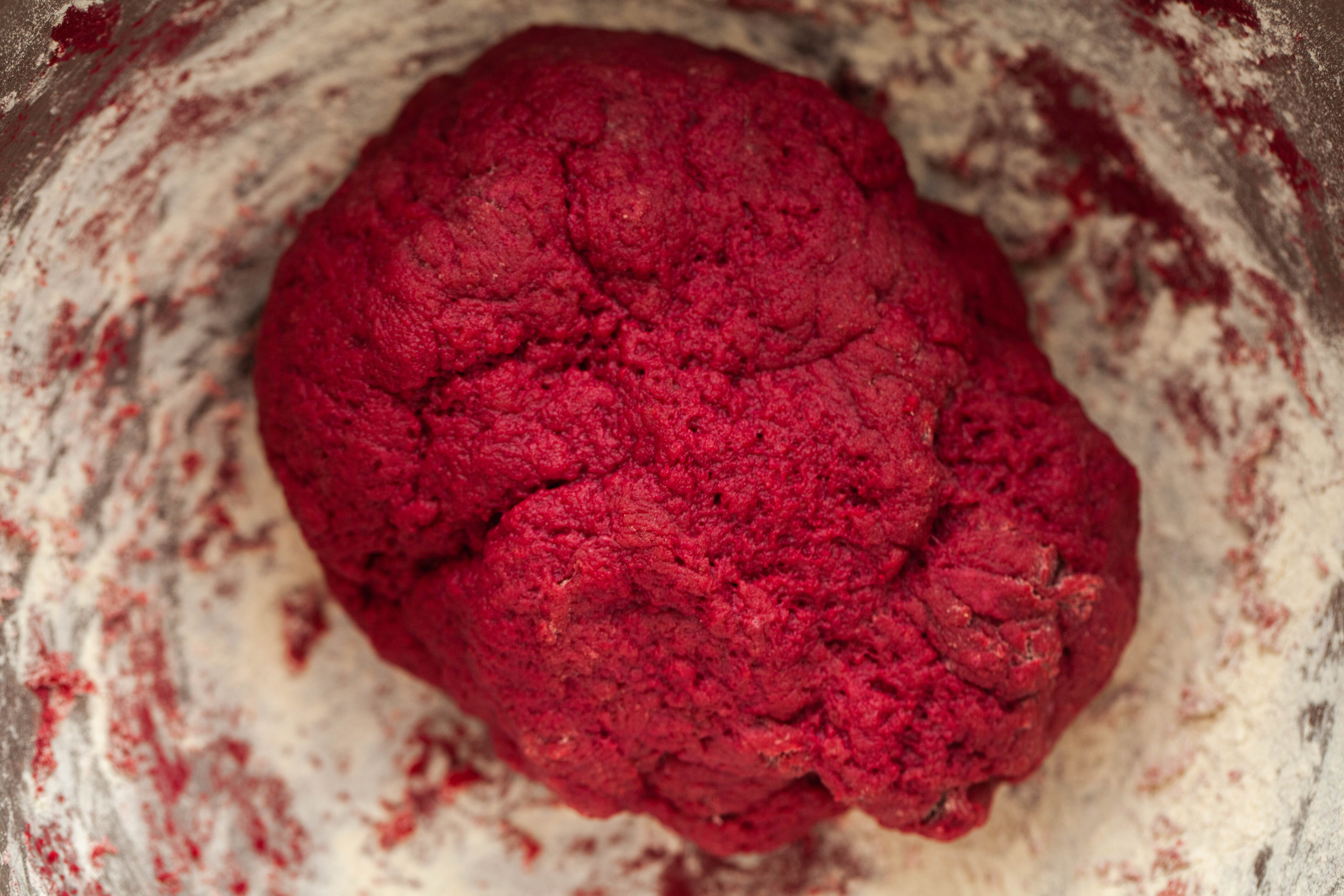 While I might not have my own fond memories of Beef Wellington, every time I prepare this dish, it feels like I’m partaking in an indulgent social ritual. It also makes me reminiscence about all the times I watched Gordon Ramsey yelling at the contestants on Hell’s Kitchen etc. about undercooked Wellingtons, and I think to myself, thank god I don’t have to worry about raw meat!

Ingredients
284g package of sliced beets. You can also use fresh beets but that will increase the prep time and messiness.
1/2 cup of water
1 1/2 cup of wheat gluten flour
1 tsp of salt
1 tsp of pepper
4 tbsp of vegan beef flavoured bouillon powder (I used Luda’s No-Beef Soup Base)
1 bunch of carrots, peeled and diced (about 5-7 carrots)
1.5 lbs of mini potatoes
4 sprigs of fresh rosemary, or about 2 tbsps of dried rosemary
156g package of vegan deli slices (I used Tofurky Deli Slices)
500g package of puff pastry dough (Marque Maison is the brand I used) 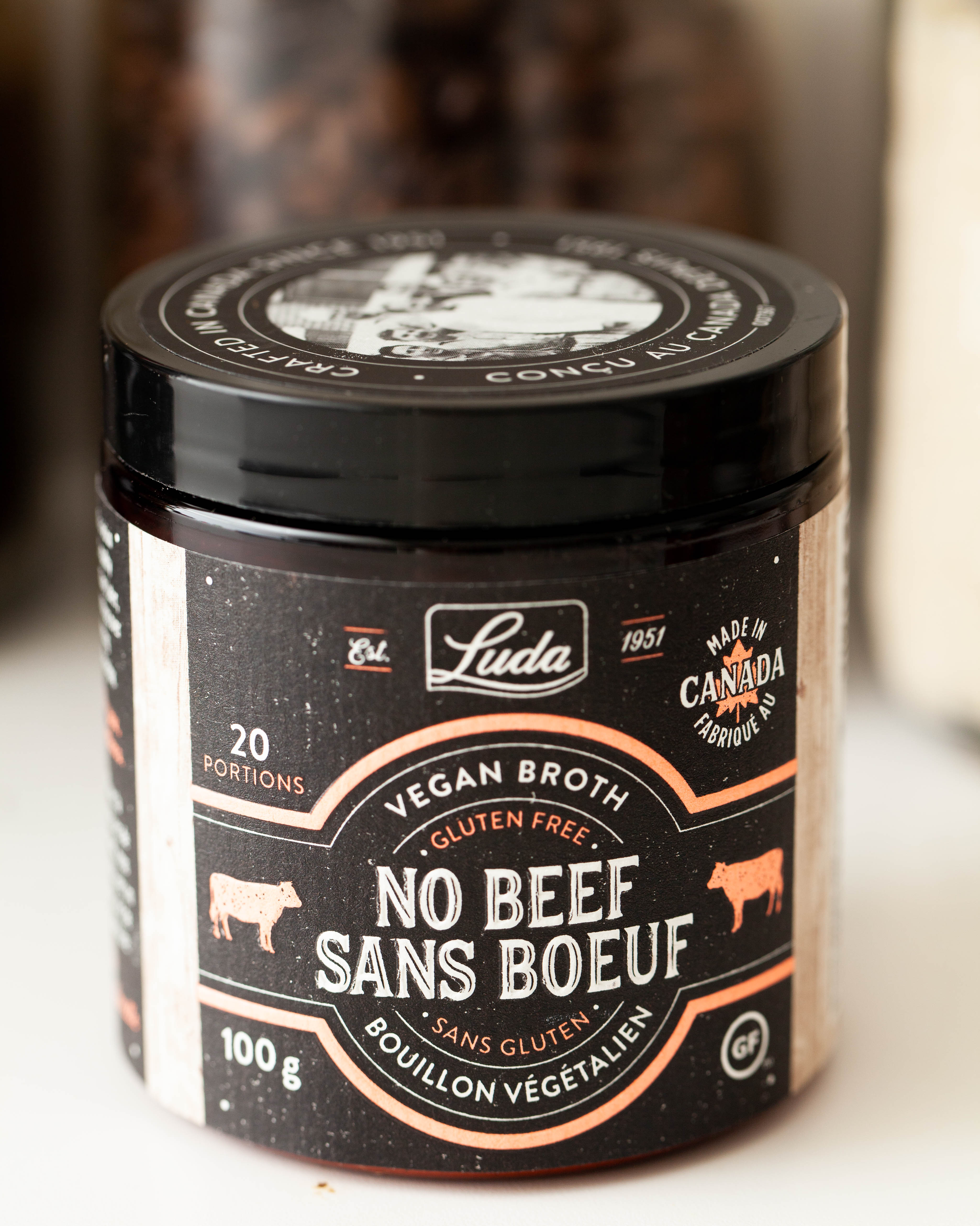 Directions
1.  Boil the slice beets until they are extra tender.
2.  Transfer the beets to a blender or food processor.  Add 1/2 cup of water and blend until smooth.  Set aside.
3.  In a large mixing bowl, add together 1 1/2 cup of wheat gluten flour, with 1 tsp of salt, 1 tsp of pepper, and the blended beet mixture.  Mix together until a solid dough is formed.
4.  Fill a large pot with approximately 2L (or 8 cups) of water.  Add in 4 tbsp of the bouillon powder, and stir until it is dissolved.  Bring to a boil.
5.  Add the seitan dough to the pot, and reduce to simmer.  Continue cooking for 45 minutes, occasional.
6.  Remove the seitan from the pot and set aside.  You may want to let it cool in the fridge before trying to wrap it in the puff pastry.  Save about 1 1/2 to 2 cups worth of the simmering liquid.
7.  Preheat the oven to 350 degrees.
8.  Place the potatoes and chopped carrots in a large bowl and mix in 1 tsp of salt, 1 tsp of pepper, the rosemary, and the leftover simmering liquid.  Set aside to marinate.
9.  On a lightly floured surface, roll out the puff pastry into a large rectangle.  Make a layer of the deli slices near the center of the pastry roughly the same size as the seitan dough.  Place the seitan on top of the deli slices, and then wrap the top portion with the remainder of the deli slices.  This doesn’t have to be perfect – it’s just to stop some of the moisture from the seitan from leaking through to the puff pastry.
10.  Fold the sides of the puff pastry over top of the seitan loaf and seal the dough with your fingers.  With a knife, cut 5-6 vents along the top of the pastry.  Place the pastry wrapped seitan on a large baking tray, and surround with vegetables.  You might want to drain the broth from the vegetables prior to adding them.  Although I found it to not be the case, the excess moisture may leak into the puff pastry and cause a soggy bottom.
11.  Bake at 350 degrees for 45 minutes. 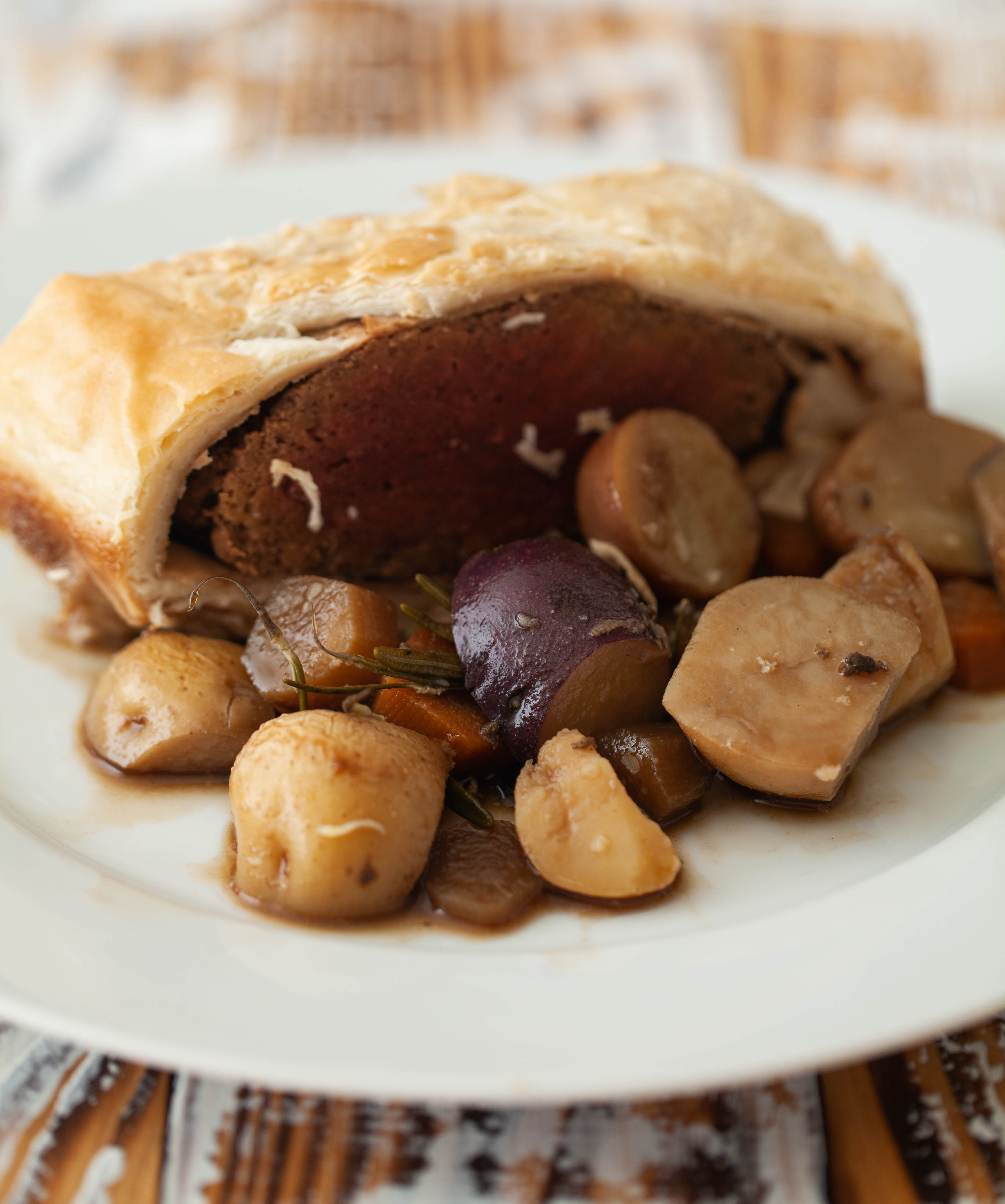