The enormous amount of vegan and vegan friendly food bloggers out there is inspiring, but it’s a bit overwhelming to sift through them all to discover new and interesting recipes.  Pinterest is a great visual resource for searching this vast network of blogs, and is additionally a good way of organizing your findings, but I’ve noticed that, unless you spend a lot of time combing through endless search results, you’re likely to only see the same thing over and over again (ie: the usual array of smoothie bowls).   It occurred to me that making an effort to regularly curate a selection of blog recipes might be helpful for those who are struggling through the voluminous internet to find their favourites.

So here we go.  I’ve consciously tried to find at least some bloggers who are a bit off the map.  Oh She Glows is great, but everybody knows it already.    I’ve also selected recipes from each of the four blogs to form a full menu – a breakfast, lunch, dinner and dessert.

Olives for Dinner is a blog by Boston based vegans Jeff and Erin Wysocarski.   It’s a fairly high profile site and has routinely been named as one of the best plant based blogs out there.  I like the simple, elegant layout and design of the site, which makes the recipes easy to find and sort through.  The photography is lovely and you’d be hard pressed to find any better in the blogosphere.  The recipes tend to be a bit ingredient heavy and are probably best suited for those with at least intermediate cooking skills.   They are, however, most definitely worth the time and effort required.

I received a waffle maker as a gift this past Christmas and it’s become one of my most used kitchen tools.  I love it.   Waffles are simple to make but also easily lend themselves to a variety of experimentation.  And I’ve experimented a lot!  This recipe though, is a game changer.  Hash Brown Waffles – what an idea!  Of the four recipes, this is definitely the winner.   It has relatively straightforward and easily found ingredients so get cooking. Don’t forget the vegan sour cream either – the creamy texture and tartness works beautifully with the crispiness of the waffles.  If you don’t have a waffle maker, now is the time to get one! 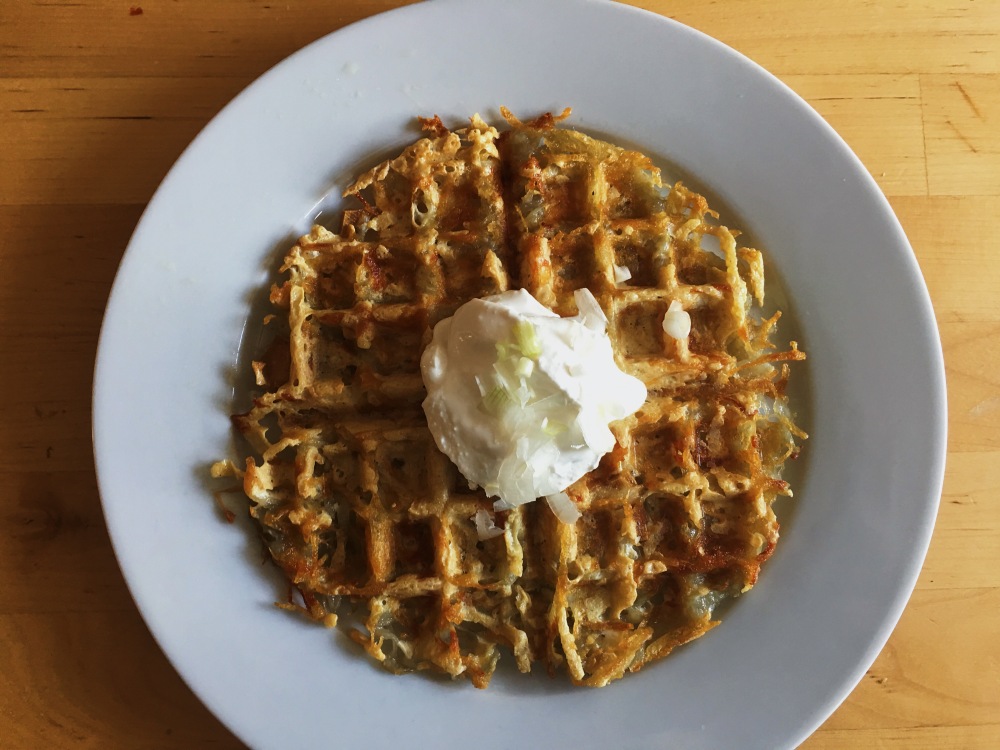 24 year old self described “board certified cat lady” Amrita helms Crazy Vegan Kitchen.  The blog has quite a few ads that slow down the pages a bit, but they aren’t too distracting, and the layout is straightforward.  The photography is all quite nice to look at and the colours really pop.  It’s not as visually artistic as say, Olive’s For Dinner, but the photos definitely have an earthly quality that makes everything look very appetizing.  The recipes are pretty easy to follow and generally contain easily found ingredients.  I would definitely recommend this blog to a vegan who is just starting the plant based path – as you will find many solid essential recipes on here.  Amrita’s writing style also makes a visit to her site worthwhile.  She has a charming bluntness and isn’t afraid to drop a few four letter words here and there.

I’m sometimes skeptical of nut based sauces.  They can be hit and miss.  This recipe, however, is pretty tasty.  The orange juice adds just the right amount of tang.  Pasta salad was one of the first recipes I learned how to make as a vegan, and remains one of my go to’s for a quick, but hearty lunch.  Like waffles, it’s a dish that can be easily modified and there is a thousand different recipes out there, but this is honestly one of the better ones.  One note – this is definitely a salad best eaten while fresh.  I find that anything with a nut based sauce tends to lose flavour quickly after being refrigerated. 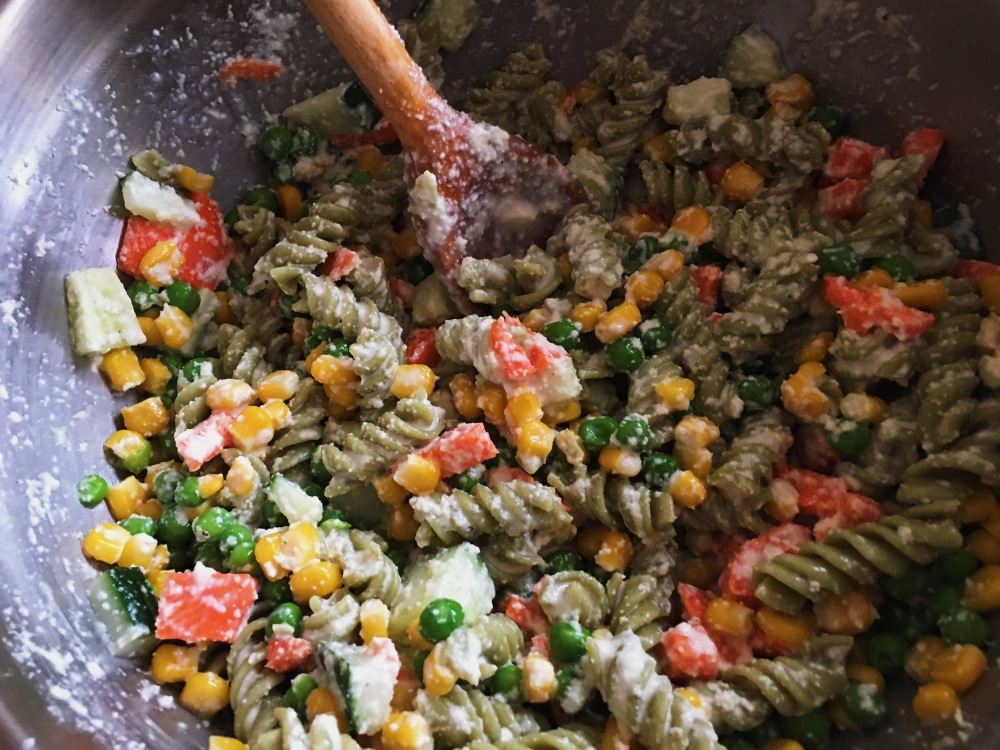 Pickles & Honey is brought to you by Boston (again!) couple Amanda and Aaron.   Amanda creates the recipes and Aaron photographs them.  Note that, as per the blog name, there is honey in a few of the recipes, but otherwise everything is vegan.  A small complaint I have with the site is that you can’t navigate the recipe categories from the main page.  That being said, once you get to the recipe navigation, everything is broken down into groups that are more specific than the traditional breakfast, lunch, dinner, and dessert headings.  You can peruse  by snacks, cookies and bars, soups, salads and sides, frozen treats, breads etc.  There is even a whole section dedicated to komucha recipes!    The photography has a nice lightness to it, and the white marble background makes the colours glow.  The recipes are usually easy to follow and contain high quality but simple, often seasonal based, ingredients.

I’ve been crazy about pickled veggies for a while.  Pickling can take an ordinary carrot and make it a wonderful zesty experience.  I was a little uncertain how these ingredients would blend together with the vinegar taste, especially the mayonnaise, but it all melds togethers harmoniously.  This is a very filling recipe as well, so make it when you’re feeling especially hungry.

A entire blog of desserts?  How can you go wrong?  Created by Jessica Stier, Dessert with Benefits aims to provide “truly healthy desserts.”  I only just discovered this blog and I can’t wait to try some of these recipes.  The blog is more health focused and not everything is vegan, but there’s a definitely a good selection.  You can search by the “vegan” diet category to sort out those that you’d rather avoid.  Some of the ingredients are a little exotic and more on the expensive side but there’s also a lot of originality and components that you don’t see being used too often.  Activated charcoal is featured in several recipes, including a raw black velvet fudge that looks amazing!
Recipe:  Healthy Peanut Butter Mousse

I was looking for a fairly simple dessert recipe, as I didn’t have a lot of time to cook this week and a long grocery list was not in the budget, so I tried to make this 5 ingredients mousse.  The problem was that, as it turns out, Peanut Flour, is weirdly hard to find.  The only place I could find it was Bulk Barn and it was $32/lb.  Yes, you read that correctly.   1 pound of peanut flour for $32.  I settled for using PB2’s powered peanut butter.  As it’s meant to dissolve in liquid it obviously didn’t have the same effect as flour.  No mousse was actually produced, but it made a solid smoothie.