Well, how many weeks of lockdown has it been?  I’ve completely lost track.  The first chunk seemed to go by fairly quickly and April…what happened to April?  We’re already in May, but I’ve noticed that, as this isolation drags on, the days are now passing more slowly, sometimes painfully so. I definitely felt as though I’d reached my limit a few times.  I live in the near centre of downtown Toronto, so there’s very little access to any parks and trails, social distancing is difficult and what outdoor space I do have on my property happens to intersect with a very active construction site, making it unusable most times from horrific air quality and non-stop noise. Apparently someone considers building luxury condos to be an essential service.

One personal bright spot is that after nearly 8 months of intense physiotherapy my shoulder, which I shattered in a bike accident in September, is finally strong enough that I can get back into a regular exercise regime, and that has certainly helped reign in my moods.  But this past weekend was Victoria Day, a holiday here in Canada, and a long weekend that ordinarily is a very happy one that signals the beginning of our much-awaited summer season.  But it was not so celebratory this year and the three-day weekend seemed to go on forever.  That the long weekend also coincided with my birthday, which I had planned to be travelling for, probably didn’t help the situation.

After binging an entire season of MasterChef Canada in one sitting, which strangely did not burn away as many hours as I’d hoped, I decided to try and work my way through some recipes that I wanted to try.  Cooking has always helped me unwind and it is a great method of relaxation.  It really helped me get through this longest of long weekends while still being cooped up and out of this big therapeutic cook came the recipe for these Strawberry Waffles. 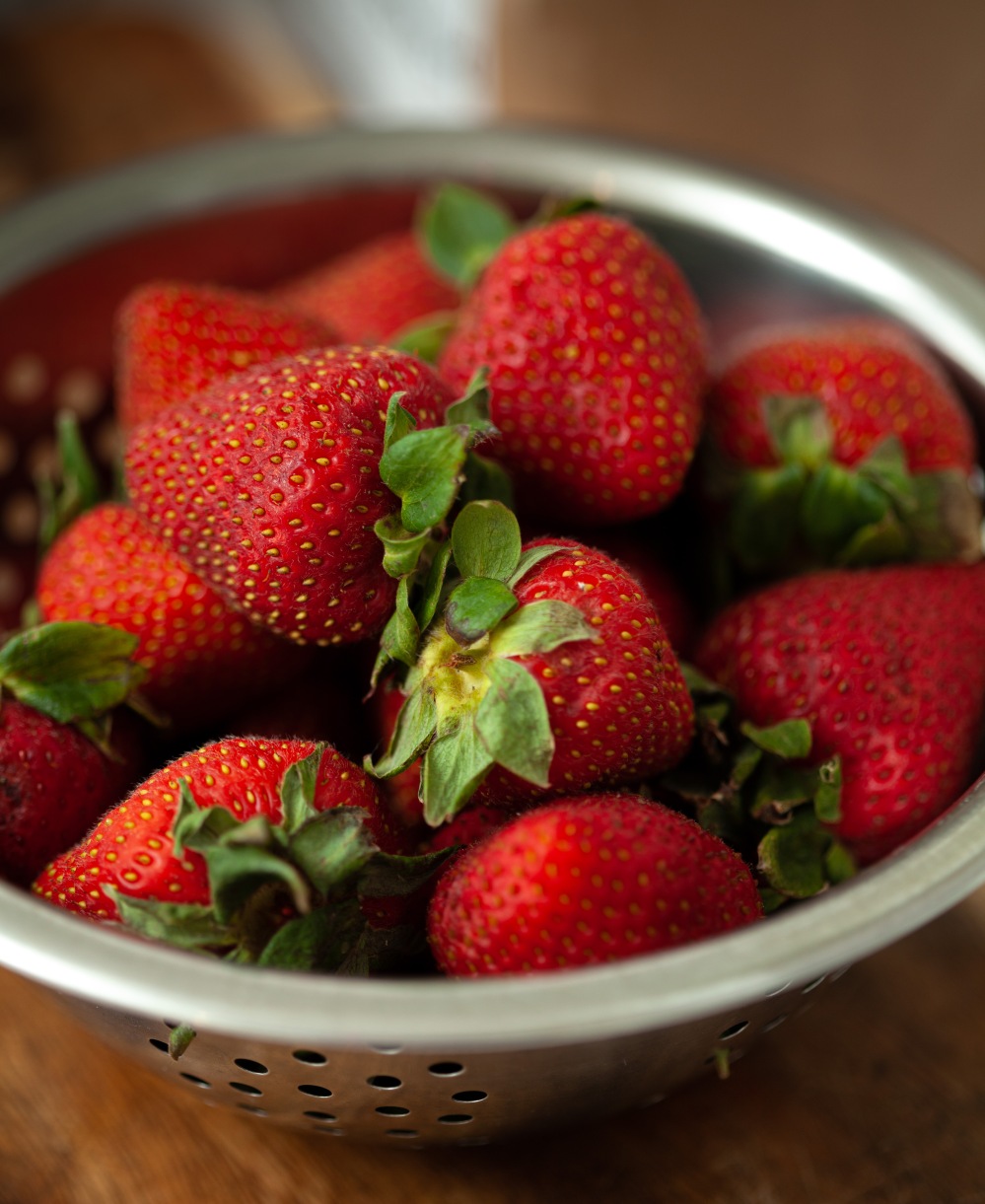 I’ve been getting a lot of pears in my weekly produce delivery and since I don’t really like eating them as is, I decided to make a compote.  A compote is basically fruit cooked in water and sugar.  Its sweetness makes it a great addition to waffles.

Also, if you don’t have a waffle maker, this recipe will also produce excellent pancakes!

For the waffles:
2 cups of chopped and destemmed strawberries (can also use frozen)
400ml can of coconut milk
1 tsp of vanilla
3 cups of all-purpose flour
1 tsp of salt
1 tsp of baking powder 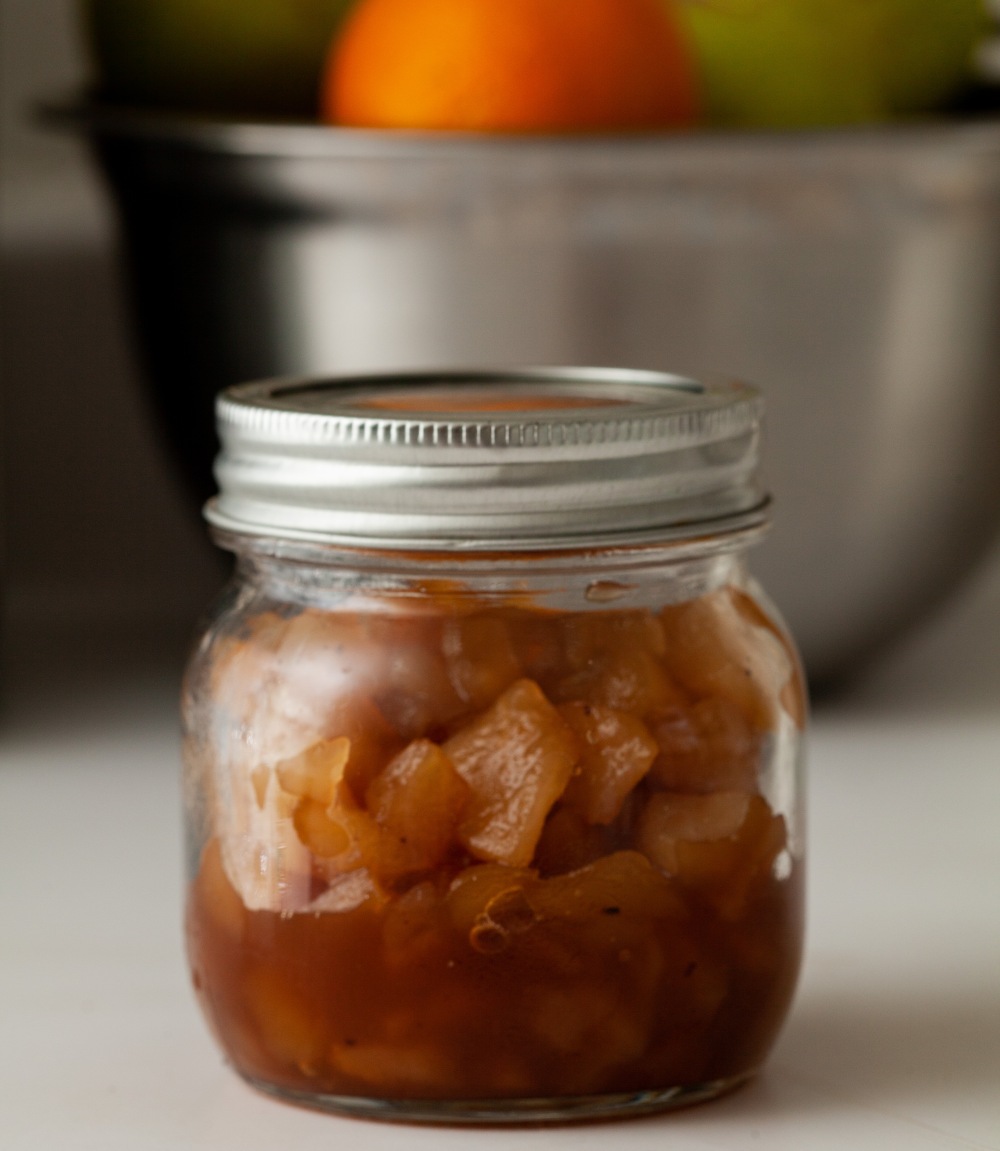 Directions:
1.  The fruit takes a while to cook down so make sure to prepare it in advance.  In a medium saucepan, add 2 cups of water, 3-5 cinnamon sticks (I like cinnamon, so I would tend to add more rather than less), 1/2 cup of sugar, 1 tbsp of vanilla, 1 tsp of ginger, 1 tbsp of lemon juice.   Bring to a boil, and then reduce to a simmer.  Add in the chopped pears.  Cook for approximately 60 minutes, until the fruit is tenderized and the mixture is thick.  Remove the cinnamon sticks and set aside.
2.  In a blender or food processor, add the 2 cups of strawberries, 400ml of coconut milk and 1 tsp of vanilla.  Pulse into smooth.  Set aside.
3.  In a large mixing bowl, mix together the flour, salt and baking powder.  Add the strawberry mixture and mix again until a smooth batter is formed.
4. Prepare your waffle iron as per manufacturer instructions and just add the finished batter.  Or just through melt some margarine in a frying pan, and through some batter in it for 5 to 6 minutes each side.
5.  Top your waffles with the pear compote and serve!