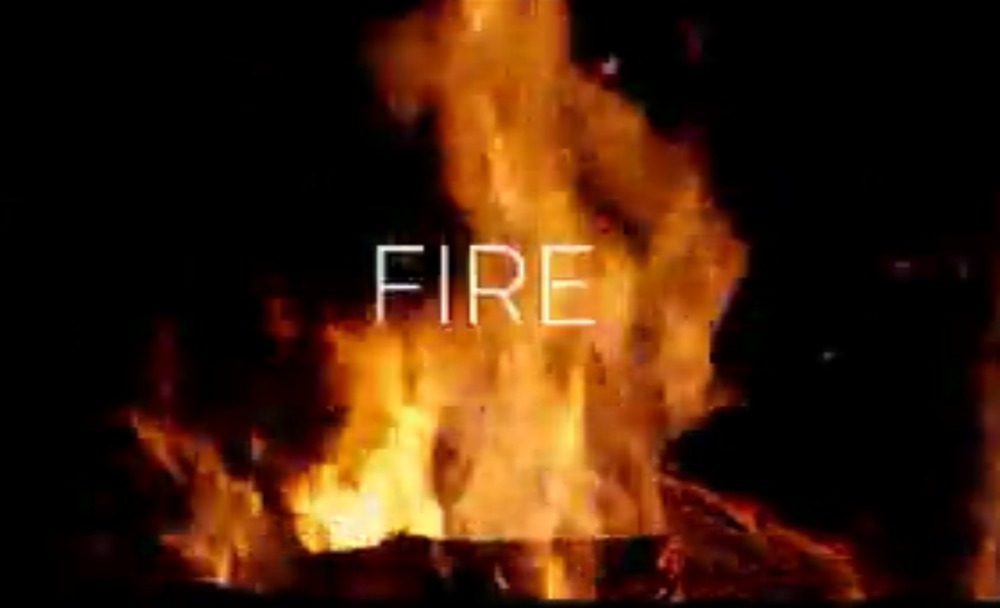 Back in February, prolific author and journalist Michael Pollan, known for his opposition to industrialized agriculture and a polluted food culture, released a netflix series called, “Cooked.” The series, based on Pollan’s book of the same name, is an inquest into the cultural and social significance of cooking, and how manufactured foods, processed by corporations, rather than by us, function to separate us from the natural world and our roots. Pollan’s position is well argued, and overall the series is eloquent, interesting and well-shot. My beef, pardon the pun, should not discourage anyone from watching the show or in general be meant to disparage the underlying message of the series, which I concur with. It is, however, a substantial enough beef that I have to articulate it.

The series is broken up into 4 episodes, each named after one of the four elements: fire, water, air and earth. The premise is that these four elements are responsible for crafting our most glorious natural foods. Water is the primitive beginnings of mixing and extracting flavours, it can break down plants and vegetables fibres and was the catalyst for early pot cooking. Air, with its invisible wizardry, helps facilitate one of our oldest and most important food sources – bread. The earth gives us microbes and we in turn created the fermentation process to produce some of our most beloved foods like chocolate. But what of fire? What does Pollan propose is the significance of this element in our cooking culture and its history?

Fire was a transformational leap for us in the evolution of our species. As Pollan explains in the series, primates spend more than half their waking hours chewing their food. With the discovery of fire our homo erectus ancestors were able to process tough and indigestible plants and tubers, and of course gained the ability to eat meat. That ability to take in and digest more calories in a shorter period of time led to the evolutionary expansion of our brains. This is the generally accepted theory anyway, but the emphasis is typically placed on the consumption of meat as the milestone, rather than fire itself, which was also used to cook high caloric and carb heavy vegetables that previously could not have been part of our diet. While the consumption of meat unquestionably assisted with the (relatively) rapid transformation into our species’ current incarnation, it’s hard, if not impossible to make assumptions where humanity would have ended up with the absence of animal proteins. Would the additional and more rapid caloric intake from cooked vegetables not had the same evolutionary results, just at a much slower rate? The emphasis on meat as an integral part of our identity seems to have more to do with a meat centric culture than it does on any scientific fact. This is not the thrust of my argument with Pollan. It’s just an aside which informs my actual complaint about the series, and this particular episode.

As a disclaimer, Pollan is by all accounts not in favour of meat heavy diet – he has said that he believes an ideal diet is mostly plant based with a little bit of meat. The problem is that, in Fire, Pollan presents a questionably one sided view of our culinary heritage that is increasingly coming under ethical fire, and uses some shaky anecdotal evidence that is lacking in objectivity to make his points.  Most aggravating of all, in his finale, he draws a conclusion that all vegans and vegetarians need to be converted is one good hunk of roasted pig, conveniently obscuring the difference, often drastic, between ethical eating, a health conscious eater and someone who is just a plain picky eater.

On a quest to find out more about the origins of cooking Pollan consults with primatologist Richard Wrangham. Wrangham contributions to the discussions is that cooking is natural, raw is unnatural. Sorry rawists, you’re unnatural and if you’re not dead, you apparently will be soon. Of course, there is a difference between the modern raw food movement and the raw food primates eat, but again, Fire is a one-sided view and doesn’t really ever address that advent of raw veganism. In Pollan’s tendency to use indigenous diets as justification for western consumption habits, he forgets that many cultures, both large and small, have historically not consumed meat, including 300 million or so vegetarians in India. Wrangham also posits that if we lost fire we wouldn’t survive. Under what circumstances would we lose fire? If we did, there would likely be other more troubling factors at play to  bring about our extinction. This is one of several example of straw arguments advanced by Pollan. No vegetarian would logically argued that we can live off a primate’s diet or that fire isn’t, to a certain extent, still instrumental to our survival. These ideas are irrelevant to the ethical discussion around meat consumption, but Pollan weaves these ideas together with the bold claim that “killing and cooking meat over fire is what made us human.” An evolutionary justification, the assumption that because we evolved largely to eating animal proteins, and that we should remain affixed to this particular point in our development, is part of a network of ideas that support a deeply troubled system of production.

Indigenous cultures should, if they choose to do so, continue eating an indigenous diet. Their diets are primarily based on local food sources, historical practice and necessity. Our diets, as a non-indigenous culture, is not. We have absolutely no reason to eat meat anymore. Bison and boars do not graze near my house, nor, I suspect, near Pollan’s. Eating meat for western culture is purely recreational at this point, whereas, feasibly a plant based diet seems easier and more natural to sustain in our environment. Pollan does due diligence by criticizing factory farming and does very well in articulating his objection to the kind of the meat commonly circulating our markets but then segways to a particularly repugnant conclusion, in which he serves barbecued pig to a vegetarian.

One of my biggest question for Pollan is what is the purpose of that particular scene? What is the intention in focusing so closely on the gleeful reaction of a vegetarian eating meat? Pollan introduces the segment by telling us that the woman to whom he is feeding the pig, “claims to vegetarian, but is experimenting with meat.” As a disclaimer, this falls drastically short of a justification of what follows. As the woman chomps down on the succulent roasted chunk, she exclaims, “it’s really good!” as the others cackle in the background. Is it possible that Pollan, a well versed food advocate and activist, and an accomplished journalist doesn’t actually understand ethical vegetarianism? The scene seems horribly manipulative, a kind of distasteful set-up that is beneath someone of Pollan’s caliber. Ethical vegetarianism/veganism has nothing to do with taste. True, many of us may express distaste in its consumption, but that is a psychological aversion, a manifestation of many hours spent meditating on our food sources, contemplating the value of all life both plant and animal. In the world of vegetarian and veganism, few of us give up meat because we don’t like the taste and those that do wouldn’t be called vegetarians, they’d just be called finicky.

There is a trend in our food consumption to try and go backwards (i.e. paleo). Perhaps it stems from a need to figure out how things went so drastically wrong, but I think there is not a point that we can go back to that won’t lead us to the exact same problematic spot. Consumption of meat, regardless of its source, or how its been fed and kept, will always assist with facilitating the larger industry, the factory farming. We may have evolved because we became carnivores, but there are many evolutionary catalysts in human history that we acknowledge were only a necessary phase to facilitate something better, something stronger, more befitting the elevated evolutionary status of our species. With so many strides forward, a growing popularity for ethical eating, Pollan, in his influential position, should not be suggesting something so regressive.